The Inflation Reduction Act’s investments continued to power massive growth in the U.S. clean energy industry this week. Honda and LG Energy will build a $4.4 billion battery plant in Ohio, creating 2,200 jobs. Duke Energy announced its new 10-year plan, which includes a $40 billion investment in clean-energy generation to help it phase out coal by 2035.

Global investment in clean energy has surpassed upstream oil & gas for the first time, and a set of new reports shed light on how the Inflation Reduction Act is funneling a massive amount of that capital toward the U.S. clean energy industry. Private sector firms have invested at least $28 billion in domestic clean energy manufacturing projects in the 2 months since the Inflation Reduction Act was passed, including $11 billion for batteries alone. The battery sector was particularly mind blowing: 15 new projects have been announced in the U.S. since the beginning of 2021 compared to 6 in the previous 3 years, and the rate of investment is expected to grow fivefold by 2026. The craze has led the Dallas Fed to declare a new Battery Belt is being built across the Midwest and South.

Beneath this flurry of investment is a massive wave of consumer demand. Rooftop solar installations rose 40% this year as Americans seek to capitalize on the new energy savings and to protect themselves from climate-driven blackouts. U.S. EV purchases grew thirteenfold from 2012 to 2021. Clean energy projects are creating jobs in immigrant, Native, and historically coal burning communities across the country. Nasdaq reported that—particularly since passage of the Inflation Reduction Act—clean energy has outperformed the market, with solar showing a 10% return so far amid this year’s bear market. 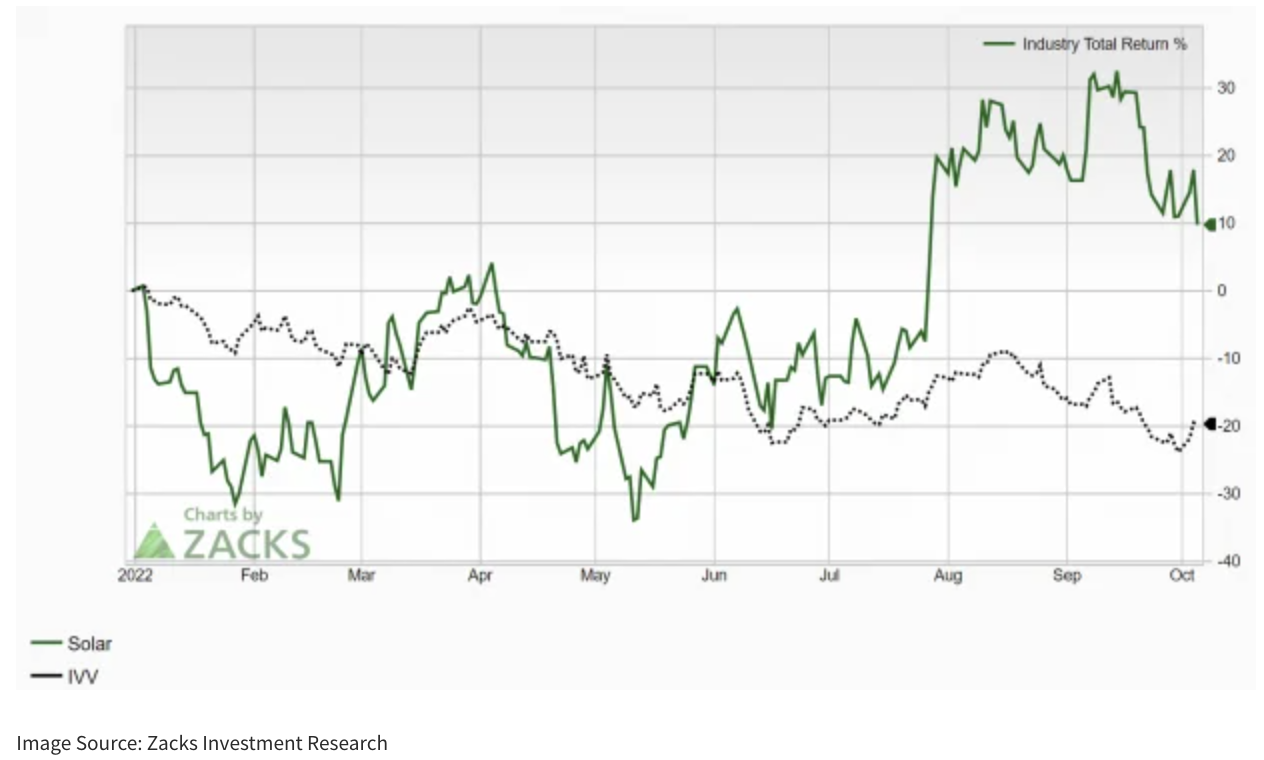 The Biden administration continued rolling out funds and regulations to speed the transition and protect the climate. They announced $1 billion in funding for rural electricity projects, and $30 million to provide clean drinking water for underserved communities. President Biden also made Camp Hale – Continental Divide a national monument, and announced details of a new IRA program to preserve water in the Colorado River Basin.

Inflation Reduction Act investments are spurring the creation of a “battery belt”:

The bill has reshaped the global electric vehicle market:

The administration announced billions of dollars in funding to provide clean drinking water to disadvantaged communities and build energy systems in rural communities.

Black, Native, and historically coal-burning communities are getting a boost in their long fight for climate and energy justice.